Microsoft announces cessation of Windows XP support – are you prepared?

Does your company use Microsoft's Windows operating system? Chances are high that the answer is yes. So the question we really should be asking is which version do you use? Many personal users and most businesses will answer Windows 7 or 8, however, there are still businesses out there using what many deem to be the best version of Windows: XP.

Did you know that, according to a report by Net Market Share, almost 40% of computers are still running Windows XP? The reasons why users stick with this now three-generation-old OS are varied, but most answers boil down to the fact that it just works, so why change it?' The problem with this viewpoint is that Microsoft has actually announced that they will be terminating support for XP on April 8, 2014.

What does the cessation of support mean for my business?
When Microsoft pulls support for one of its products this usually means three things:

This is big news for those of you still running XP, as you could see increased IT costs and downtime, along with a drop in productivity.

Three options for your business
You, like many users, may be asking yourself, 'What options do I have?' Well, you have three main options you can pursue:

Should we stay with XP?
At first glance, staying with XP may be a sensible idea. After all, you and your staff are comfortable with the system and it works well most of the time. However, a white paper published by the IDC makes an interesting case as to why staying with XP is a bad idea. The paper illustrates that staying with systems running XP will bring you:

The white paper makes it pretty clear that sticking with XP is a costly investment that will get even more expensive as your systems age.

What about a manual upgrade?
Many business owners and managers know that migrating to a new system can be a costly and time consuming endeavor. A tempting thought may be to manually upgrade the operating system yourself. After all, how hard can it be?

The truth is, it isn't overly hard to install new operating systems on computers. Most of the time it's as simple as putting the CD into your computer’s drive and rebooting. For many personal users, this is fine. But, businesses have to think about more than just individual computers. Your business likely has a number of systems and even servers that are compatible with XP, which may not be compatible with a newer version of Windows 8. This means you will have to invest in either new systems or software and spend a large amount of time upgrading, and likely troubleshooting problems.

Speaking of compatibility, your computers themselves may not be powerful enough to run Windows 8, and if you spend the over $100 per computer to purchase the upgrade, you could see a large investment rendered useless because your hardware isn't up to running the new OS.

So, what's the best option?
If staying with XP and personally taking care of the migration are not the best solutions for your company, what is? Well ,we recommend working with migration experts like us. Here at CCR, we have trained and qualified staff who can help you update your systems. We will work with you to ensure that your systems are capable of running newer versions of Windows, and will help find a solution for you if they aren't.

From business planning to execution and beyond, we will be with you every step of the way, ensuring that downtime is minimized and costs are kept affordable, while guaranteeing that you and your staff get the systems and support that you need.

if you are still running Windows XP – MS ended support for this product in 2014. We addressed this in our July 2013 newsletter. If you are currently running Windows XP please click on the link below to see what end of MS support means for your business.

If you should have any questions about how end of support for any of the products listed above impacts your daily operations, please give us a call 248.284.7100. We are happy to answer your questions. 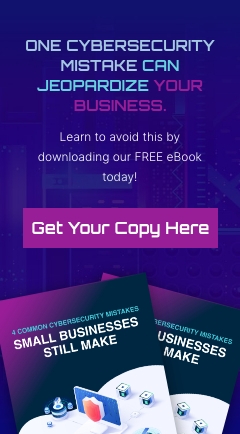